FC Grenoble Rugby inaugurated a commemorative plaque in homage to Gilbert Brunat during the last home match against Soyaux Angoulême.

In addition to a new dressing room in the corridor leading to the changing room that highlights the unconditional support of the "Red and Blue" supporters for their team, the Grenoble locker room will now be called the Gilbert Brunat locker room.
There is no doubt that the soul of this constant fighter will inspire future generations of "Rouge & Bleu" fans.

Thank you Gilbert for everything you have brought to our Club! 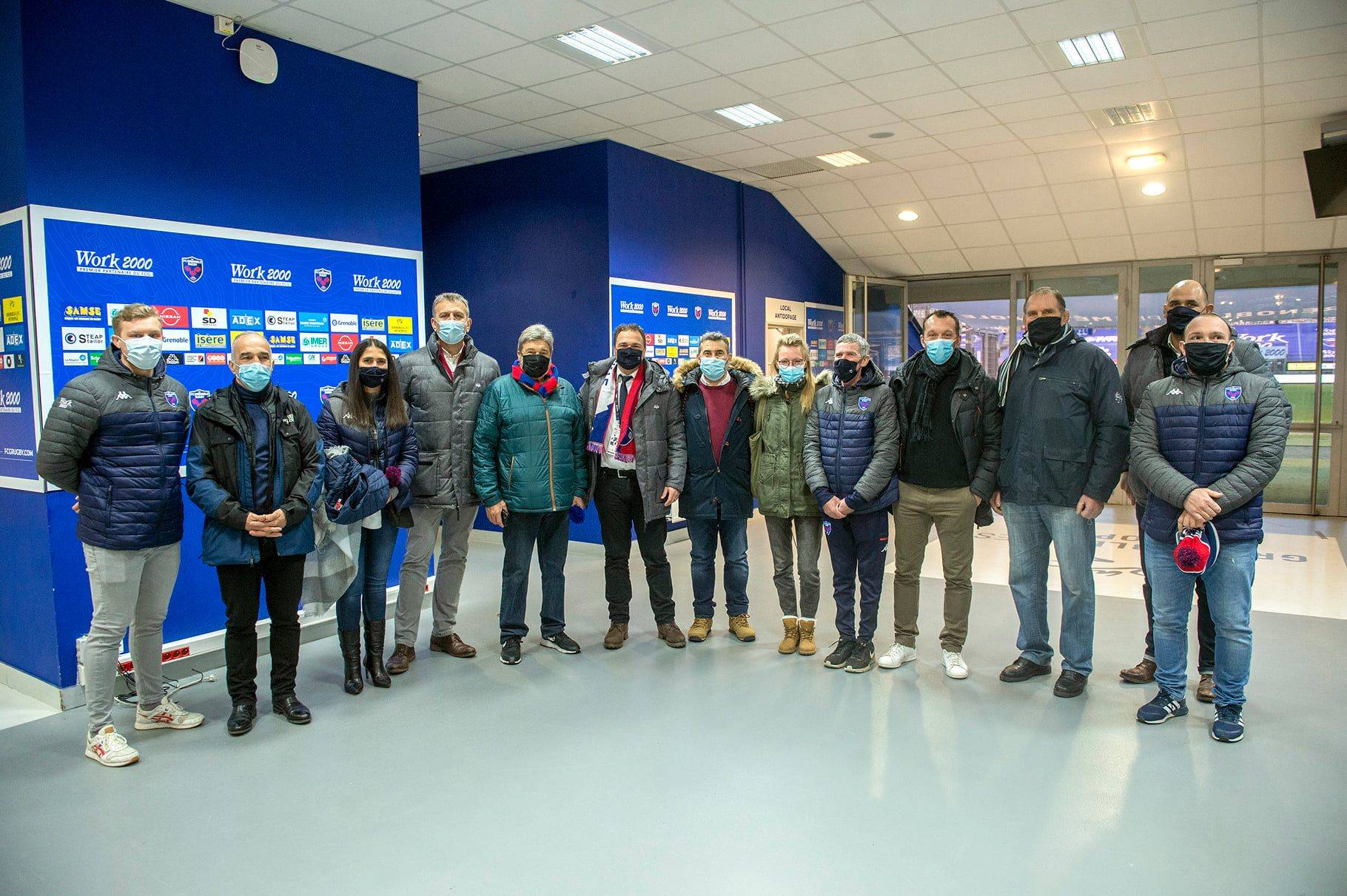