34 players will ride to Morez on Saturday

The FCG will travel with a group of 34 players to Morez to play the second game of their summer preparation against Oyonnax. This group, slightly smaller than last week's in Bourgoin, nevertheless includes several players who will make their first appearance in the "Rouge & Bleu" first team, such as Pierre Gayraud, Eli Eglaine and Nathanaël Hulleu.

In a match, which will be played, like the previous one, in three 30-minute periods, the Grenoble staff hopes to see the best of the Grenoble side, particularly in terms of technical accuracy and commitment, which were lacking last week, as the match progressed.

With two weeks to go before the season's opening match against Colomiers at the Stade des Alpes, this preparatory meeting against Oyonnax will be the last opportunity for the Grenoble-based team to review their ranges, in a match that should have an intensity close to what the "Red & Blue" will experience throughout the season. 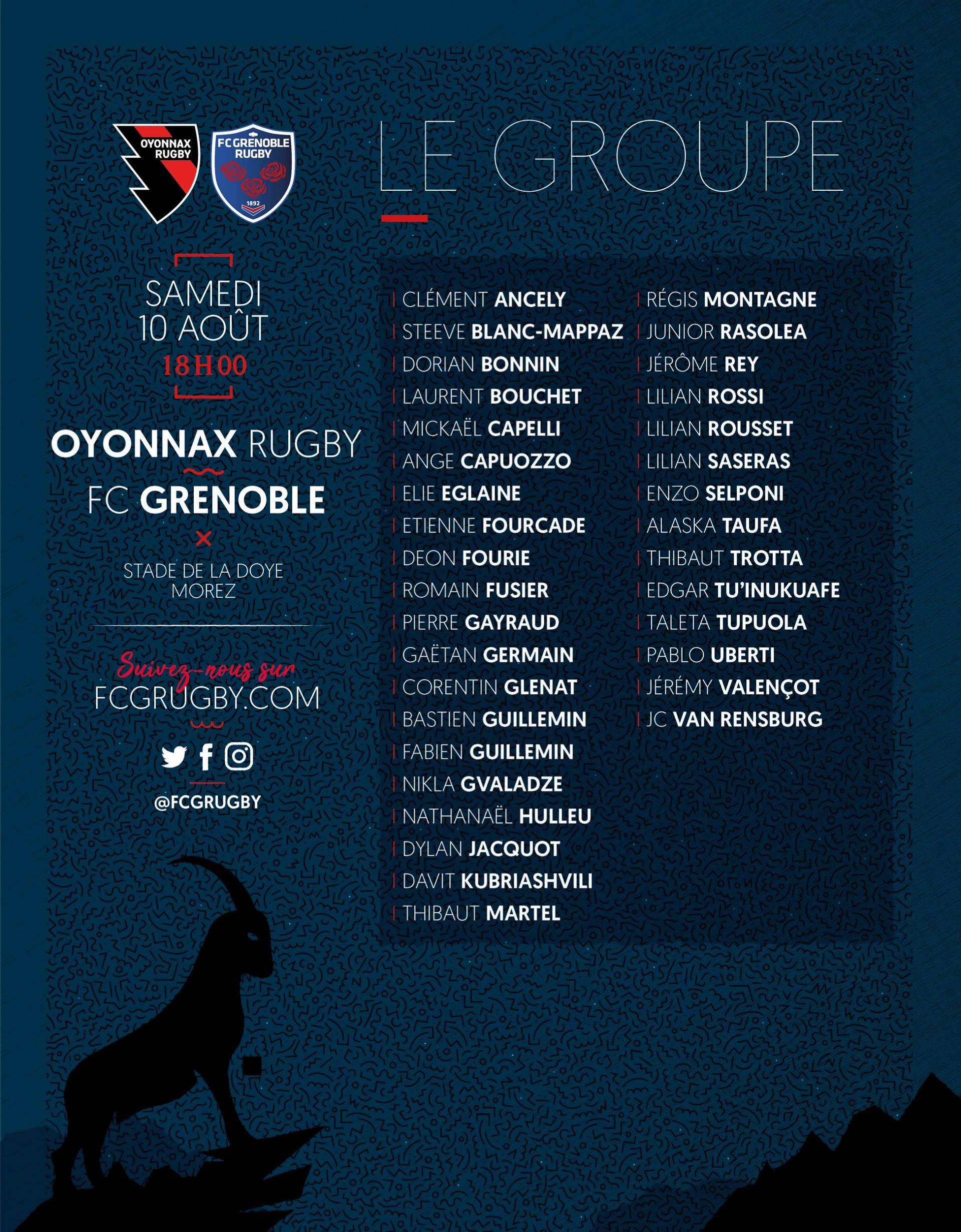